I would have never set foot in Bergamo if it had not been for Wizzair’s postponment of some flights. Otherwise, Il Caravaggio airport would just have been a stop on the way to the Canary Islands. A curious fact about Il Caravaggio, also known as “Milan Bergamo”, is that it is the third busiest airport in Italy with more than 10 million passengers in the year 2015.

However, my friends and I had to spend more than 24 hours there, or as we decided – spend some time in Milan and then sleep the night in Bergamo.

Where Is Bergamo Located?

The city of Bergamo (Bergame in English) stands at around 40 km (25 mi) northeast of the Italian fashion capital.

I would not say visiting Milan was a mistake as I had never been to Milan before, but it didn’t impress neither me nor my friends. Bergamo, nonetheless, stunned us with its beauty!

What a green jewel in the Northern part of Italy!

In fact, I’d be audacious enough to say it’s one of the best places to visit in Italy!

Where to Stay in Bergamo – the Lombardian Jewel

After we wandered for half a day in Milan, we went back to Bergamo where we spent the night at Alex e Angie’s.

It offered a magnificent view of Bergamo and its “Città Alta” (upper city) from the top of the building where the hotel is situated. In exchange for 20 euros per person (prices in 2011), we slept in a 5-bed room. We were five people, so it was perfect. Plus, it had a reasonable breakfast in the morning.

What to Do in Bergamo

After contemplating the view and since we had some 3-4 hours to kill before our next flight, we were more than eager to explore the Bergamo’s awesome greenery and its upper city. 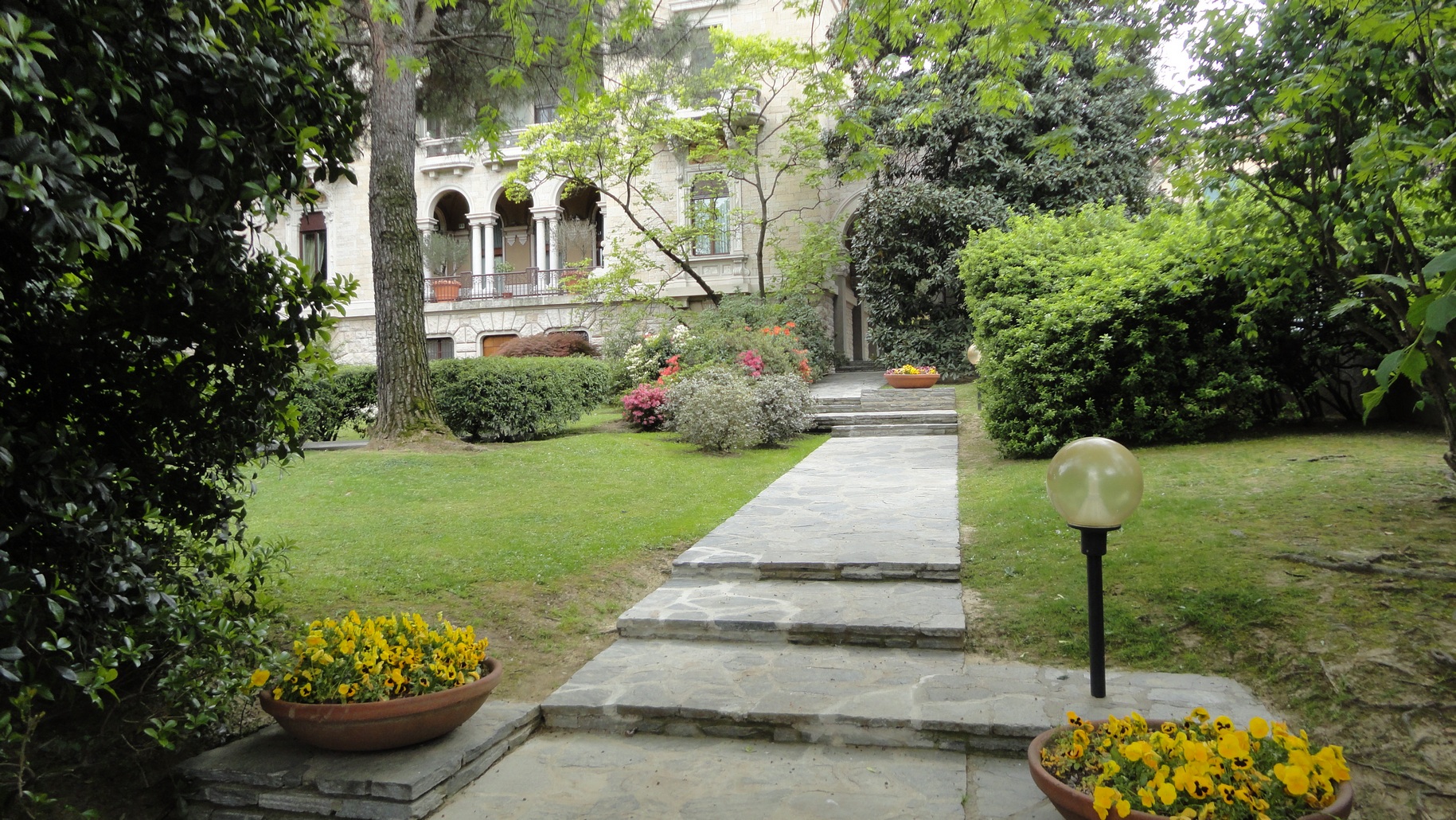 You can find gorgeous greenery in Bergamo despite its proximity to the Alps.

Venetian defensive systems encircle the Città Alta. What’s even more impressive – since July 9th, 2017, the Venetian Works of Defence are a UNESCO World Heritage Site. They date back to the 16th and 17th centuries.

Nowadays, the Upper Town is full of magnificent pastry shops, pizza stalls, and the mesmerising Bergamo Cathedral. Take a look:

From one of the pizza stalls, we had probably the most delectable pizza in our lives, as well as the most lip-smacking gelato (ice cream). This comes as no surprise since both of these are proud “children” of Italian cuisine.

If we add to all the upper-mentioned Bergamo’s proximity to the Alps, known as “Bergame Alps”, and to the well-known lakes Iseo and Como, this makes it a destination which I cannot wait to visit again!

This is how to spend a day in Bergamo – the Lombardian Jewel. Here’s how to spend 10 days in Italy if you happen to have more time in Italy, which I definitely recommend. Either way, you’re gonna have the time of your life in the Mediterranean country.

Things to Know Before You Go to Bergamo

Well, I hope you’ll have as much fun (if not more) as we had when we were there. Just take it easy with the limoncello, will you? 😉

And, now, I’d love to hear whether you’ve been to Lombardian Jewel before, and what impressed you most?

19 comments on “Bergamo – the Lombardian Jewel”