The Grand Mosque of Abu Dhabi is perhaps the most beautiful, sumptuous, and diverse mosque I have ever set my foot in, so far. Incepted by the Late Sheikh Zayed bin Sultan Al Nahyan and housing his resting place, the Sheikh Zayed Grand Mosque is easily spotted from afar due to the pure Macedonian and Greek white marble, cladding its walls and domes.

Measuring 420 m (1,380 ft) by 290 m (960 ft), Sheikh Zayed Grand Mosque is a true chef d’œuvre of Islamic design, art, and architecture. Over a thousand pillars support the four 107 m minarets and eighty-two domes. The mosque’s pillars are veneered with floral designs with semi-precious stones – amethyst, jasper, red agate, mother-of-pearl, and lapis lazuli – to the contrast of ceramic geometric details, decorating the inside of the domes.

The jaw-dropping exterior of the mosque staggers the visitor with opulent chandeliers made of gold, brass, steel, and Swarovski crystals. The weight of the largest chandelier is mind-boggling 12 tonnes, including 40 kg (88 lbs) of pure 24-carat galvanised gold.

Visitors are allowed to marvel at this masterpiece of contemporary architecture and Arabic magnificence between the six different prayers. Shoes and shorts (those covering the knees are okay) are forbidden, but that should not bother you since Sheikh Zayed Grand Mosque’s main hall is laid with probably the most splendid (and the largest hand-knotted) carpet in the world.

The wool was transported from New Zealand and Iran, and the carpet’s medallion composition, measuring more than 5,500 square metres (over 60,000 square feet), was designed by the Iranian artist, Dr Ali Khaliqi, and woven by more than 1,200 artisans. More than 2 billion knots hold the 35-tonne carpet together! It needed two years to complete.

Kufic, Thuluth, and Naskh are the three Islamic calligraphy styles used throughout the mosque.

Sheikh Zayed Grand Mosque necessitated more than 10 years to build thanks to the assiduous efforts of 30,000 workers since 1996. It was inaugurated in 2007. 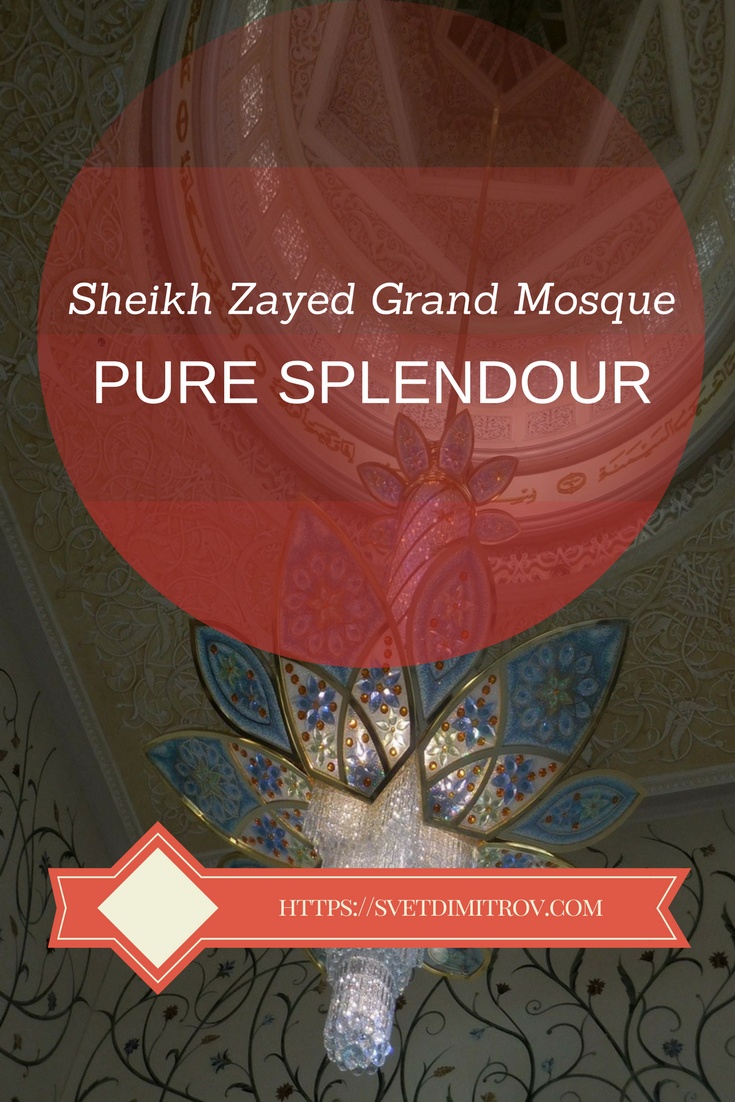 Have you seen such a resplendence? Where? 🙂