As soon as the car engine was brought to a halt and I entered the wooden gate of “Levana Guest House”, an irresistible fragrance instantaneously seeped into my nose. Slowly, it spread to all my senses, which immediately commenced celebrating the tantalising odour. The divine aroma, coupled with Krasi’s home-made rosé wine, kept playing with my sanities during the night; in the morning, I was more than ready to courageously immerse myself in exploring the area around Kavarna and embark on a kayaking escapade.

Levana Guest House – An Abode that Has Dropped Straight from Paradise

The enticing fragrance, I noticed in the morning (it was pitch black when I arrived), was coming from an appetising combination of white and purple lilacs. Those last two were flirting with several other gorgeous flowers in what could only be termed as “A Garden of Eden”.

The place’s verdure was further instilled by the dazzling green hues of ryegrass and gracefully arranged bushes and trees. Throw in perfectly refurbished buildings that still bear a hundred-old stories and a unique charm, and you will come closer to what my colleagues from ASTOM and I had the enormous pleasure to experience.

We paid our respects to the Kavarna region, nestled in the north-east of Bulgaria, not only with the purpose of dipping our adventure-thirsty faces in truly unforgettable a kayaking adventure. We went there on a mission to inch ourselves in drop-dead gorgeous sea sceneries and audaciously swim against one of the most scrumptious food tides. It’s safe to say that we surreptitiously surrendered to both the former and the latter. 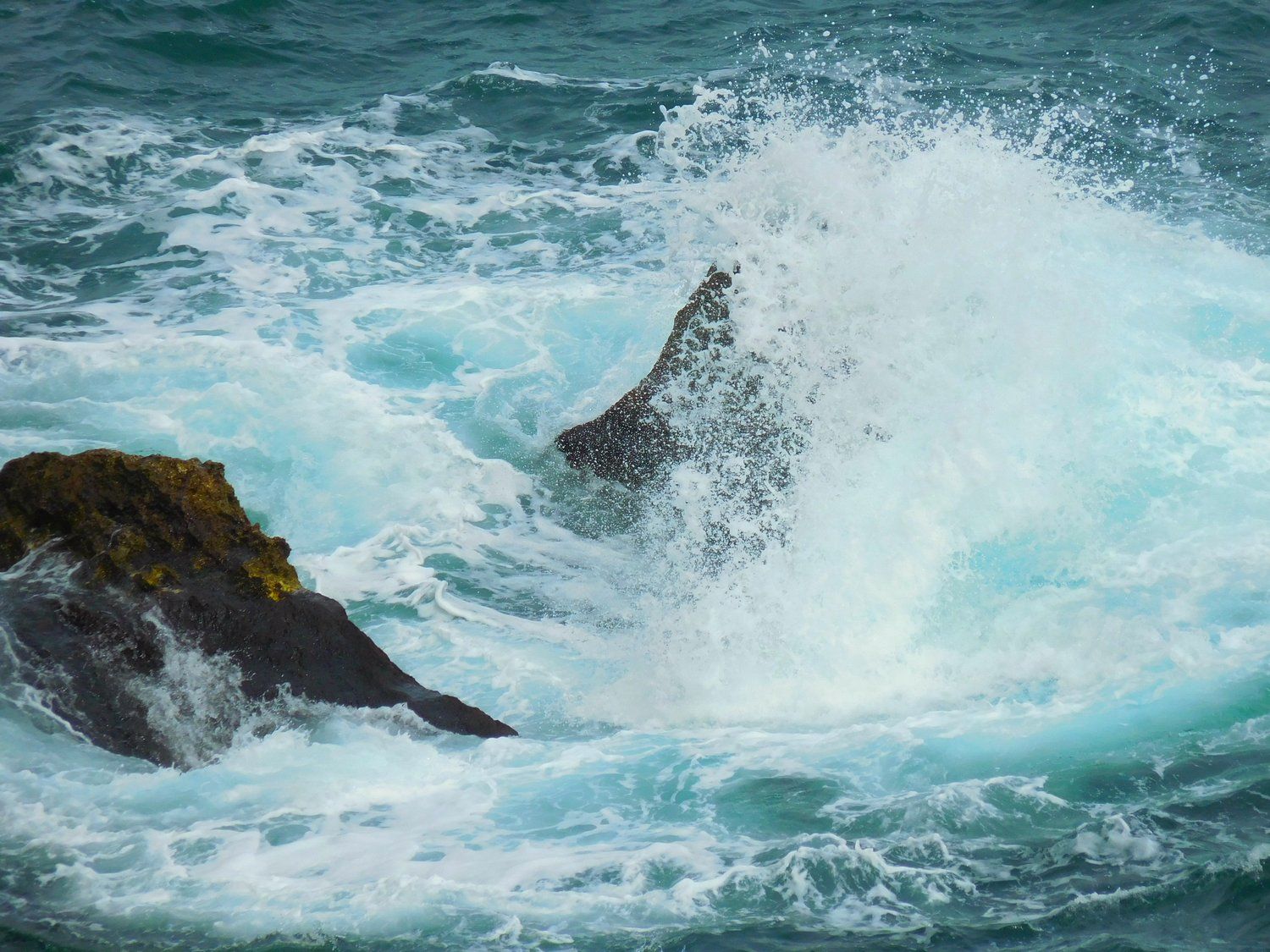 After having tonnes of fun with splashing water during my rafting jaunt in Bosnia and Montenegro, daringly immersing myself in a sea kayaking escapade came quite naturally.

The beaming sun envisioned a promising day. After being treated to a delightful breakfast, we hopped on a car that took us to the almost isolated beach of Bolata. This article’s cover image is indeed from Bolata.

I am sure the Gods were in an exceptional mood when they carved this place of the world. My prefrontal cortex generates adjectives that include “dropping” (imagine a jaw-dropping and a pants-dropping vista at the same time).

Our kayaking host, Galin from Sea Kayaking Kavarna, is a true epitome of friendliness and patience when it comes to explaining how to row.

Before I start narrating you my fabulous experience breaking the Black Sea waves in Kavarna’s vicinity, I need to warn the male readers of something. Keeping your balance at the kayak is much more challenging for the representatives of the XY chromosomes than for those carrying XX chromosomes.

Having that in mind, the group and I started practising in the utterly calm Bolata Beach bay. In 15-20 minutes, when everybody got some grasp of keeping balance and rowing in a somewhat right way, we set sail to see what Poseidon had prepared for us.

When you commence rowing up against the tide, when you hear the chirruping of the cormorants, and when you ponder at the sun’s illumination on the red rocks of the North in complete awe… only then you really know what sea kayaking in Kavarna is.

Admittedly, the area around Kavarna is not the most popular on the stunning Bulgarian seaside, but it is steadily gathering momentum. From archaeological reserves through sea rock climbing to the tallest lighthouse on the Balkans, the strip will make even the most fastidious travellers thank the Deities for sculpting a place like this.

Imagine a seaside ledge of around 45.3 hectares that is disconnected from the sea by 50-60 metre high rock massifs. Throw in tiny “cities”, nestled in caves, overlooking the sea; early- Byzantine necropolises, dug into the ground and still holding the bloody, historical battles in their unblemished memories; and climax with endless fields of scarlet red, wild peonies – that is Yailata.

The cave city consists of 101 apartments stretching their history back to the 5th century B.C. These caves are delineated as human-carved and make one’s imagination hard-at-ease, picturing the industrious efforts to construct them.

Three necropolises, representing family tombs and finding their origins in the early Byzantine period, have been dug into the rocky plateau just steps away from the steep cliffs. There, small antechambers lead the visitor to rectangular, burial chambers. Save for a few tombs, all others have been dug in antiquity or more recent times. Peculiarly, all face the sun.

Besides the significant historical and cultural monuments, Yailata is an abode of a truly one-of-a-kind natural environment.

Via Pontica – one of the major transcontinental, migrant, ornithological routes pass through the area around Kavarna, making around 70% of the birds, living in Europe, observable there.

Infinite fields of alluringly red peonies (in May) will instil in your mind a picturesque scene that’s going to loiter there forever. Be warned that these gorgeous beauties are protected and must not be picked.

You will never be able to erase the memory of this coastline once you have set your feet and eyes upon it.

The shores there come in beguilingly red colours and plunge steeply down into the turquoise sea waters. Diving in the breath-taking underwater caves can only be delineated as a balm for the soul of every fortune hunter, armed with an aqualung.

Tyulenovo is a brilliant spot that is almost intact by civilisation. Underwater scuba diving and fishing are amazing options, but perhaps the most sought after is rock climbing owing to the astonishingly picturesque crags. Seaside and tent aficionados can directly stretch their tents on the rocks. Just make sure you come prepared with your best life jackets to avoid unpleasant situations.

Should you not be an adrenaline-thirsty junkie, don’t worry – several cosy hotels and guest houses in the nearby village will make sure to live up to your comfort.

However, those who love splurging on the sand should not go there simply because there is none.

Kaliakra Cape – The Infinite Immensity of the Turquoise Sea

Kaliakra (Калиакра) is a long and narrow headland which finds its location in the Southern Dobrudja region of the northern Bulgarian Black Sea Coast, 12 kilometres (7 mi) east of Kavarna. It stretches for more than 2km inside the turquoise waters of the Black Sea and it is the only aquatic reserve in Bulgaria.

The headland is very steep, having vertical cliffs reaching the staggering 70 metres (230 ft) down to the sea. Kaliakra is a nature reserve where one can marvel at cormorants and dolphins, and it is the only reserve with a marine aquatory. Every time I pay this drop-dead gorgeous place a visit, I am lucky to ponder at dolphins. Unfortunately, they are diminishing in numbers.

The cape is nestled on the Via Pontica, a grand bird migration route from Africa into Eastern and Northern Europe. Multitudes of rare and migrant birds may be observed there in spring and autumn and a huge part of this stupefying coastline is an abode to several rare breeding birds, such as the European shag and the pied wheatear.

“Kaliakra” is a name, stemming from Byzantine Greek. It unites “καλός” (“beautiful” with “άκρα” (“fortress” or “headland”). Traditionally, it is interpreted as “Beautiful headland”.

At Kaliakra, an all-embracing tranquillity permeates into the crisp sea air, making all your senses furtively celebrate.

The glistening waters of the Black Sea royally crash onto time-honoured cliffs that oversee the surrounding area of stupendous beauty.

Ah, food! I adore your titillating flirtations and your tantalising hints that you leave on my gourmet-insatiable palate.

If you haven’t been to Bulgaria, I feel obliged to warn you that you are going to climax (hard) food-wise. Our cuisine encompasses the fiery spirit of the Balkans with the mild scent of the Mediterranean and is copiously garnished with the spicy love drops of the Middle East.

Our host at “Levana House” – Krasi – prepared for us what could only be delineated as “the most scrumptious dinner” ever. While slowly glugging those food orgasms, we had the gargantuan pleasure to be entertained by Bulgarian folk dances, immaculately performed by the loveliest ladies and a very versatile accordion player.

At Unser Haus (“Our Home”), the lovely Darina really made us feel at home, seating us under a stupendous vine and offering us fresh seafood – mussels, carp, and the like – that made us close our eyes and imagine how the Gods in Heaven feast every day.

What added the last orgasmic hints to our food inclinations was local rakiya tasting, provided by the mayor of Balgarevo village himself. The tasting was executed in a local distillery where figs and grapes put our taste buds to the ultimate test.

It’s safe to declare we gracefully passed the fiery test and in a couple of shots, angels from Cloud Nine came to congratulate us on both our liqueur resilience and admirable way of savouring life and its gourmet secrecies.

Kavarna Region – Your Must-Stop, Must-Savour, and Will-Never-Forget Spot in Bulgaria

Staggering beauties in Bulgaria are a common occurrence. The whole country is blessed with immense splendours that leave you ponder in grand awe. The region of Kavarna definitely claims its spot among the crème-de-la-crème of those.

What really made my jaunt there truly unforgettable was the unparalleled hospitality and overall friendliness of our fascinating hosts. They greeted us, took us around the area, and painted the town red with us. They shared their table and their emotions in such a generous and genuine way that makes me certain I am going to re-visit time and again.

Thank you, Krasi, Galin, Darina, for showing us a tiny piece of heaven!

Have you marvelled at the immense magnificence of the Bulgarian seaside? How many goosebumps did you count? 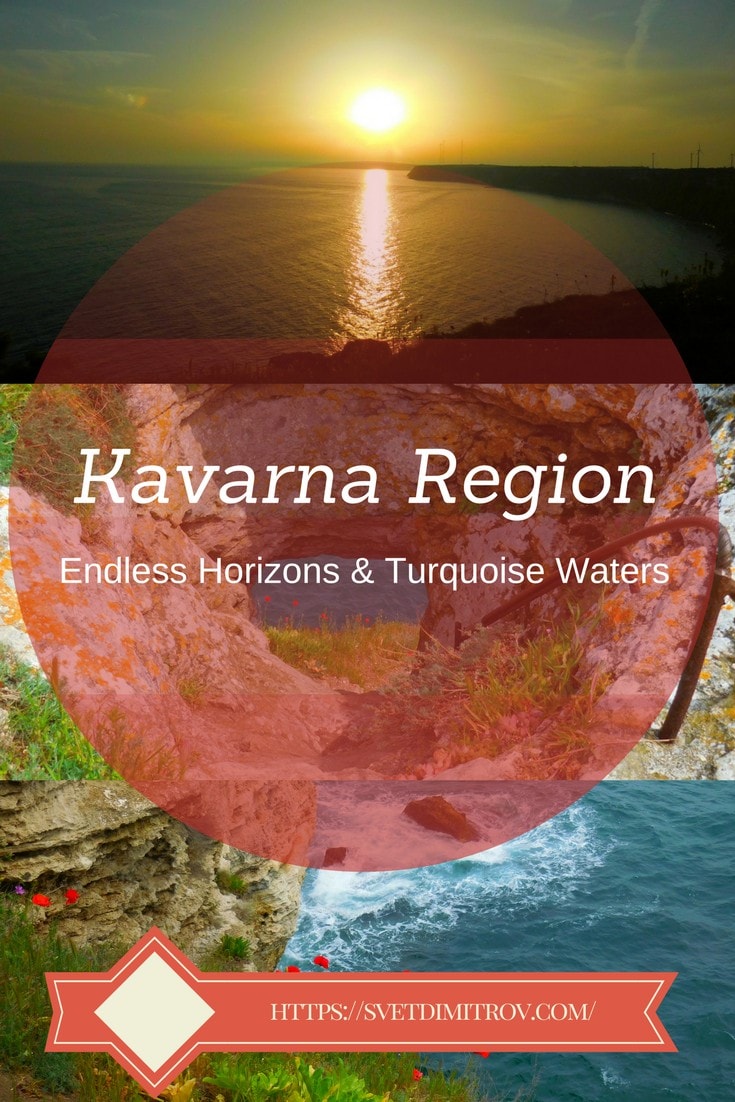 *Disclaimer: The accommodation, food, and sea kayaking experience were all provided by Levana House, Unser Haus, and Sea Kayaking Kavarna. Every word in this article, though, is my very own.