While living in Guangzhou, as a part of my job I had to visit Shenzhen for the 11th China (Shenzhen) International Automotive Aftermarket Industry and Tuning Trade Fair 2015. The Chinese do know how to create long names, don’t they?


My colleagues and I are travelling to Shenzhen by bus as it stands at around 145 km south-east of Guangzhou. The trip takes around 3 hours, but you could easily lose track of time and orientation as there is hardly a place between the two cities where there aren’t any buildings. That is why Shenzhen City has been made part of the world’s largest agglomeration – Guangzhou – which boasts a staggering population of nearly 50 million people.

Thanks to Deng Xiaoping’s opening of China to the world in 1978, the area became the first of China’s first Special Economic Zones (which now covers the whole city), due to its close location to Hong Kong, the then flourishing British colony. Thus, from a meagre fishing village at the time, Shenzhen is now one of the Pearl River megacities and has the highest population density across China with more than 5,000 inhabitants per km2.

Modern Shenzhen – a Bustling Metropolis that Captivates Its Visitors

Nowadays, Shenzhen (深圳), which literally means “deep drains”, because there used to be many creeks, streams, and rivers with deep drains within paddy fields, is a booming metropolis and is home to more than 10 million people.

Standing just opposite the Special Administrative Region of Hong Kong, it is home to the Shenzhen Stock Exchange and is the third busiest container port in the world (second in China after that of Shanghai). Due to the high amassment of Chinese tech companies, like Huawei, ZTE, as well foreign IT companies – Foxconn, Apple – it is known as the “Silicon Valley” of China. It is highly probable that the computer, laptop, tablet or any other mobile electronic device you are now using to read this article has been manufactured in Shenzhen.

Its one-of-a-kind status and location make it a great place for local and foreign start-ups – Petcube, OnePlus, Makeblock – and hardware start-up accelerators – HAX Accelerator. Close to the Shenzhen Bao’an International Airport are the two industrial zones – Shenzhen Software Park is incorporated with Shenzhen Hi-Tech Industry Park. This was the result of an effort of the local municipal government to support the development of the software industry.

We arrive in Shenzhen around 19:00 and audaciously d(r)ive into a sea of cars. Although Shenzhen is a pride owner of 5 subway lines (7 are under construction), traffic jams are a frequent occurrence. Soon my colleagues, who communicate with the Chinese drive since my Mandarin vocabulary is only enough to order steamed rice and congratulate a lady on her beautiful looks, realise that he does not know where the hotel is. With regular stopping and, mostly, the kind help of passers-by, we finally arrive at the desired place which overlooks one of the main boulevards of the city.

There, we immediately engage in conversations with the participant-buyers in the Fair, who are also staying at the same hotel, and give them instructions on how the next two days are going to be organised. Everyone seems excited to attend the exhibition, so we head to bed to recharge our batteries.

The next day welcomes us with a sunny smile and warm temperatures. Since the Shenzhen Fair Complex, where the Fair is going to take place, is quite close, we have arranged the bus to pick everybody up at 09:30 because the event starts at 10:00. This turns out be a bad idea because the traffic is hectic and we arrive with a considerable delay.

The square in front of the Exhibition Halls is teeming with people (mainly Chinese, but also many foreigners) which makes our getting inside even more challenging. We then separate, with the promise to meet at 17:00 at the same place, and start exploring the 12 gigantic halls.

I have never set foot in such an enormous exhibition complex – it is larger than many airports I have been to. After the busy day of walking around the Fair, my colleagues and I instruct the customers for the next day and it is time for some leisure.

Owing to the fact that I was there on a business trip just for 3 days, the only time I could explore the city and absorb its energy was at night. My colleagues are busy preparing something in Chinese for which I can’t be too helpful, so I go around on my own.

Having someone local with you is almost always better, but promenading alone also has its advantages. For instance, I may determine my own city-strolling pace, take as many photos of the magnificent skyline as I wish, or curiously observe dancing ladies at 10 pm on a small square.

In the last decade of the 20th century, the city was described as building “One high-rise a day and one boulevard every three days.” Currently, Shenzhen has 89 buildings that are more than 200 m (656 ft) tall. Here are some of my best shots of what I was able to see for two short night walks.

China’s astonishing growth began more than 3 decades ago when Shenzhen was established as the first “Special Economic Zone” attributable to its proximity to Hong Kong. The staggering transformation of a farming village into a 10-million city, thanks to “a bust of entrepreneurial zeal”, has led it to turn into one of the biggest Pearl River Delta megacities and probably the largest industrial base in the world. But that does come at a cost of, at least occasional, smog.

Let me end this article about the “Silicon Valley” of China with a quote, which very well encaptures the spirit of this bustling city: “If Shenzhen sneezes, the electronic world will get a cold.”

Have you been to the Silicon Valley of China? What was your impression? 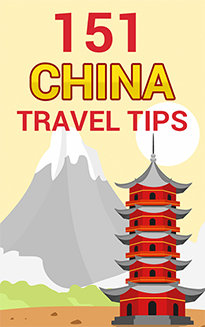