Improvised trips are (almost) always the best. December 20th, 2015, 6.12 in the morning. A group of six dudes and a gorgeous lady, packed up in a minivan and headed to Belgrade to meet two other guys who would arrive at the Nikola Tesla Airport (Аеродром Београд – Никола Тесла) on the following day.

Sofia was foggy, but our group was more than ready for the 4 and ½ drive to the Serbian capital, which stands at around 450 km north-west of the Bulgarian one.

Serbia was not very welcoming either as the fog seemed to have spread all over the Balkan Peninsula.

We entered into Belgrade, and my brother tried to call a friend of Milan (the Serbian guy who was going to kindly host us in his apartment but was out of Serbia) who appeared to be still sleeping.

Nonetheless, we put the address of his building into the GPS and headed to Novi Beograd/Нови Београд (New Belgrade).

Note: While browsing through the photos, you will notice that some names are written in Latin and others – in Cyrillic. That’s because Serbia used to use the Cyrillic alphabet in the past. Nowadays, things have changed, and it has adopted the Latin alphabet. 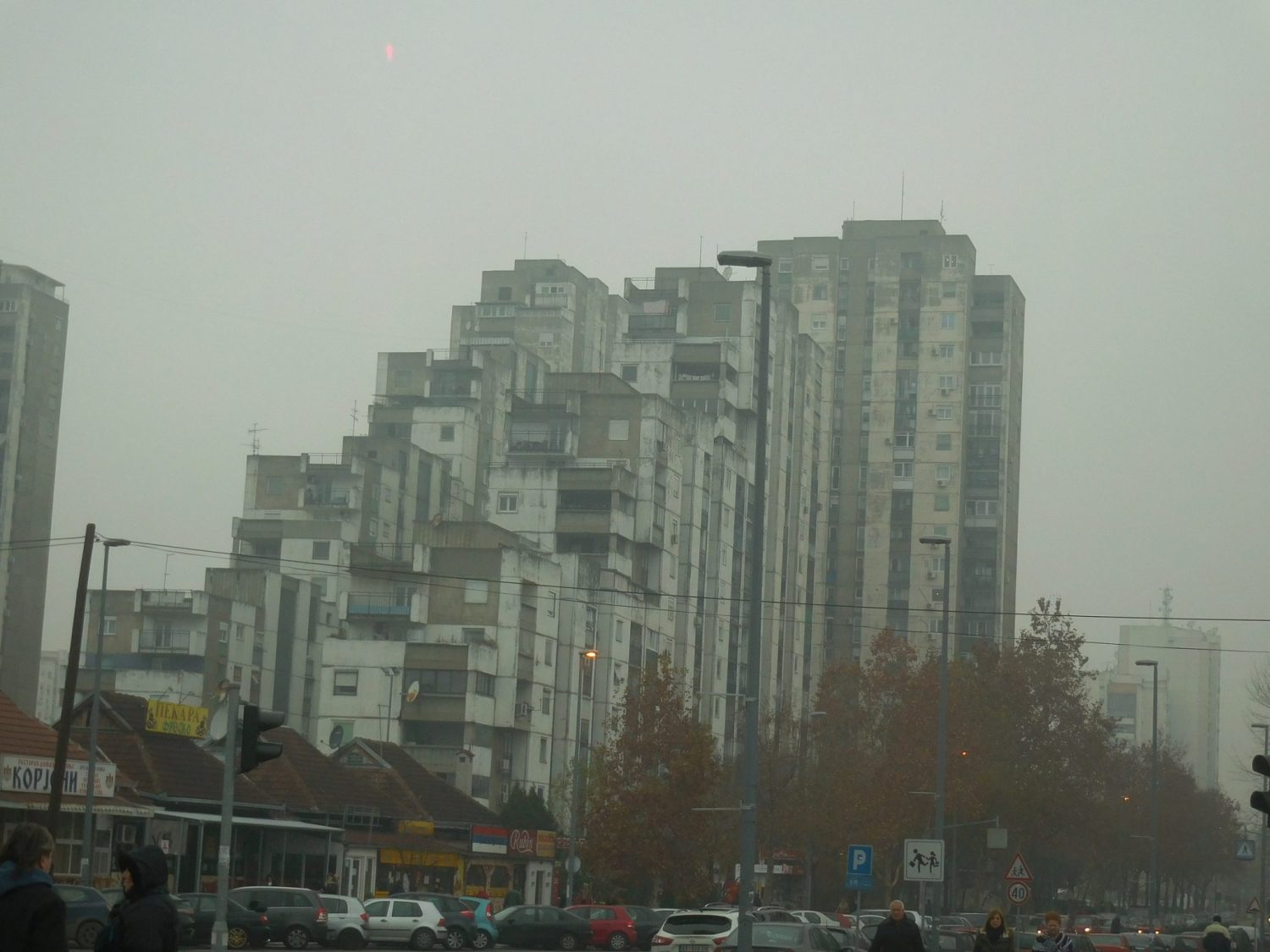 New Belgrade surely has some awe-inspiring communist buildings. One may wonder why they are built in this terraced way.

After we dropped our luggage (and the treats, among which a jar of lyutenitsa, we have brought for the host) in Milan’s apartment, we decided to take a stroll along the river Sava and find a nice place to munch on Serbian delicacies.

After a glance at the menu of Стари пингвин (The Old Penguin), we quickly entered inside. Since the restaurant was cosily nestled on the river, a fish soup was a must (at least for me).

Another must-try was the Serbian pljeskavica. This one came with a side dish of French fries and coarsely chopped onions and was generously topped with kajmak. I always strive to try the local beer when I am in a foreign country. This one is called Jelen and is a light lager. Jelen means deer in Serbian.

The afternoon was designated for a museum tour and our choice is the Tesla Museum. Its location is in the centre of Belgrade. The Nikola Tesla Archive is part of the UNESCO’s Memory of the World Programme Register because of its crucial role in regards to the history of the electrification of the world and the future technological developments in this area.

After an interesting video about Tesla and his experiments, the guy, who spoke flawless English, asked us some questions and after that, we were taken to the Tesla Coil.

The device was invented by Nikola Tesla around 1891. It produces a high voltage (500kV), a high frequency alternated voltage, and a low current. We were shown how it accumulates power and two dudes of our group held lamps (like “lightsabres”) in their hands which were lighted as a result. You can see that in the video below my camera zoomed in automatically because of the high voltage produced in the room.

Afterwards, we moved to the telecommand, and some people from our group (including me) got hit by 100kV of electricity. The further you moved your hand from the telecommand, the more painful it became, but at close distance, it felt like pinching.

The last part of the tour showed us some documents, history, and we also saw the urn holding Tesla’s ashes.

*The price of a ticket is 500 RSD (Serbian dinars) or around 5 USD. The tour starts every hour and takes approximately 45-50 minutes, including the video. The museum is closed on Mondays.

There are tonnes of things to do in Belgrade – both during the day and during nighttime. After the Tesla Museum tour, we strolled around the city centre.

Unfortunately, my camera’s battery was slowly dying, so I managed to take only a few photos. Due to the fact that the trip was improvised, I had not read about any of the sights I took pictures of, but I managed, thanks to a friend of mine (hvala, Gabriela) and Google, to find information about all of them.

After a couple of hundred ml of Serbian plum rakija (šljivovica) with propolis on the previous night, we woke up around 10:30, got our stuff out of Milan’s apartment, and went to pick up our two other friends who were supposed to arrive at the airport around noon.

15 minutes delays, some happy hugging, and we were back in the minivan on our way to visit the most famous fish restaurant in Serbia – Ресторан „Шаран“ (“Carp” Restaurant). It’s a stone throw’s away from the Danube River.

As soon as we entered, we oredered two big bowls of fish soup. While waiting, we treated ourselves to home-made bread and caviar spreads. Saying that the soup was delectable would be an understatement. I filled my bowl three times and accompanied it with copious amounts of bread. Some of our group were even more courageous and ordered fish dishes.

After heavily stuffing ourselves with fish delicacies, we went to Kalemegdan Park, which stands at the confluence of the Sava and the Danube rivers in the urban area of Belgrade, in its Stari Grad (Old Town) municipality. Heavy fog was all over the place, but my camera was able to capture some nice, blurry images.

On our way out, we got in the minivan and headed back to Sofia. Beograd is an amazing city which has so much more to offer, so plan at least 2 full days to indulge in mouth-watering rakija and explore its historical sights.

Have you been to Belgrade before? What did you like best about it?

2 Days in Belgrade – What to Do and See