You thought you had been prepared.

Having seen countless videos and photos of thee steel gargantuan, you might have imagined its size.

With its staggering 828 m (2,716 ft), it’s even challenging to describe it if you haven’t been near its entrance.

Truly an incredible feat of engineering, it’s regarded as the Vertical City.

How to Get to Burj Khalifa and Go to the Top

Probably the easiest way to visit this steel gargantuan is by taking the metro and getting off at “Burj Khalifa/Dubai Mall” metro station. The station is adjacent to the Dubai Mall, and after a 10-minute walk (in a specially designed and air-conditioned pathway), you will get inside the mall. Then, Burj Khalifa is just a few minutes away.

Of course, riding a cab is always a viable option and they are not too expensive, but riding the driverless metro is a great piece of experience, especially if you’re at the front of the train (for that you have to buy a VIP ticket, which is 14 AED).

There are other options to get to Burj Khalifa such as hiring a limo, helicopter ride, or even skydiving. If you have the courage or the finances, by all means, go for it!

Burj Khalifa’s inception was back in 2004.

To construct the building, around 1,200 workers from different nationalities (mainly South and East Asia) worked for more than six years. The chief architects of the building were the ones who also designed the One World Trade Center (also known as the Freedom Tower) and the Willis Tower.

Next to the indefatigable efforts of throngs of peoples in regards to its construction and design, another feat worth mentioning was the communication carried out between various locations across the globe. To name a few, the architects were based in Chicago, the designers – in London, while the main contractor – Samsung – was from South Korea.

Burj Khalifa was planned to slightly surpass Taipei 101‘s height, but until the last moment, its real size was not announced. The building’s structural system has a buttressed core and in order to endure the sizzling temperatures of Dubai in summer (which can go as high as 45-50 C or 113-122 F), it has a specially designed cladding system. However, what enthralled me most was that the pin of the spire of Burj Khalifa can be seen from 95 km!

The Highest Open-air Observation Deck in the World

The building houses more than 30,000 homes, 9 different Dubai hotels (including Armani) and a couple of observation decks.

I visited the one, which is located between levels 124 and 125. It holds the record of the world’s highest open-air observation deck. Here is what I saw and what my camera captured.

Dubai’s fountains as seen from level 125:

Etymology of the Name Burj Khalifa

Burj Khalifa’s original name was supposed to be Burj Dubai, but at its inauguration was changed to Burj Khalifa in honour of Abu Dhabi’s emir and President of the UAE – Khalifa bin Zayed bin Sultan Al Nahyan. The Emirati capital and Khalifa bin Zayed lent lump sum amounts to Dubai in order for it to pay its debts regarding the construction of Burj Dubai and other humongous infrastructure projects in the Gulf city of Dubai.

When to Visit Burj Khalifa

I have prepared a list of recommendations and useful tips for visiting Burj Khalifa which is a holder of more than 20 different records:

“Burj Khalifa is a singular project that illustrates the success of collective human endeavour. A project of Burj Khalifa’s size and scale happens once in a lifetime.”
Mohamed Ali Alabbar,
Chairman, Emaar Properties 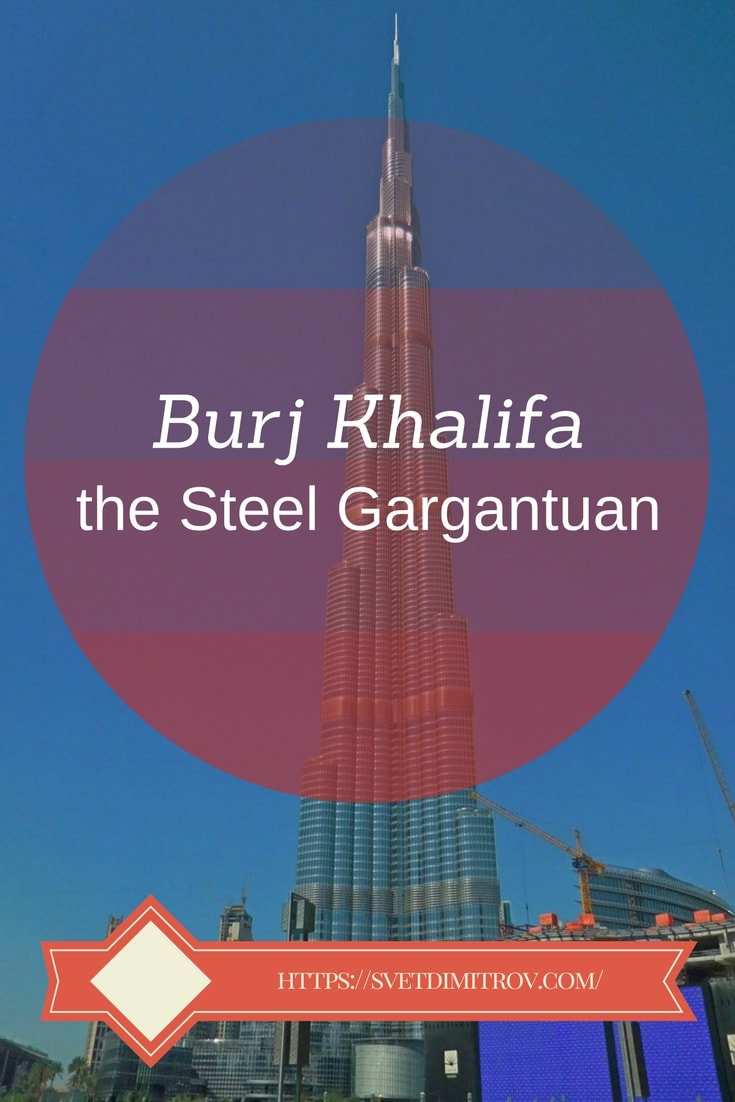 What do you think of this contemporary “beast”?