Welcome to the ULTIMATE travel guide to Bulgaria.

If you’ve been looking for helpful Bulgaria travel tips, you’ll love this comprehensive post, covering everything you need to know about your trip to the gorgeous Balkan country.

In a tiny territory, Bulgaria packs lakes, rivers, beaches, and mountains. It’ll fascinate you with its fantastic food, profound culture, and unmatched magnetism.

Hi! My name is Svet Dimitrov.

I hail from Bulgaria and I absolutely adore my country. Now, it’s your turn to fall in love with it.

The travel tips below represent Bulgaria in its pure, unadulterated form. They’ll truly aid you in experiencing the mind-blowing nature, the jaw-dropping beauty, and the scrumptious food of Bulgaria in a witty and amusing way. Dig in slowly!

Things to Do & Know Before You Go to Bulgaria

Here’s a list of several things you need to do before you travel to Bulgaria.

I’ve described most of them in more detail below.

Although in the EU, Bulgaria has its own currency. For convenience, it’s pegged to the EUR. This section will help you prepare your finances in advance.

Bulgaria has its own language, too. And it’s a bit different from most that are spoken in Europe. But that makes traveling to Bulgaria even more exciting, right?

“Learn the Bulgarian alphabet: You don’t need to learn Bulgarian if you’re just coming for a holiday, furthermore, many labels in touristic sites and big towns are in both Latin and Cyrillic alphabets, but being able to read Cyrillic can be quite helpful. It’s not so difficult as it seems: it’s just 30 symbols, 1/3 of which are identical to the Latin ones. Trick: grab an equivalence table with both alphabets and try to write something in your own language… but using Cyrillic! Sounds ridiculous but it’s fun, and in this way, your brain will remember it quite quickly.”

Food in BulgariaHeaven for Vegans, Vegetarians, and Meat Lovers Alike

Bulgarian food is not among the most famous worldwide, but I’m on a mission to make it so. The variety of fruits and veggies, peculiar spices, and fragrant herbs will make you wonder why you haven’t tasted this cuisine earlier. Ready to explore?

“When visiting Bulgaria, be sure to eat like the locals and take advantage of seasonal dishes. In the summer, this means you can expect to find big fresh salads at the start of every meal – my favorite is the shopska. Also look for tarator, a refreshing cucumber soup that is served cold.  In the winter time, you can expect to find hearty soups and stews. My favorites are the soups served in homemade bread bowls. Other popular soups are bob chorba – a bean soup, or a tripe soup known as “shkembe”. Shkembe may be somewhat of an acquired taste! ”

The most important thing that you need to know about drinking in Bulgaria is this:

Not only you’ll get drunk quickly, but you won’t be able to enjoy the fabulous beverages that pleasantly soothe the mind, body, and soul.

Note: Rakia is an aperitif, not a digestif.

I can literally go all day talking about food and drinks. And you will, too, when you come to visit Bulgaria. 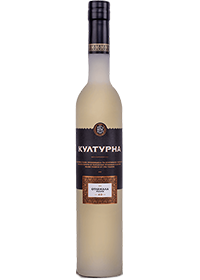 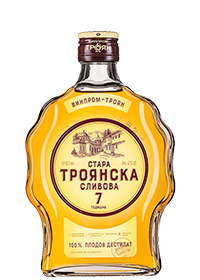 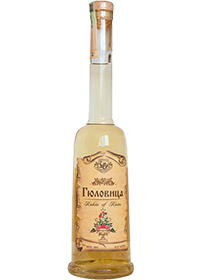 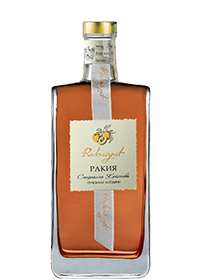 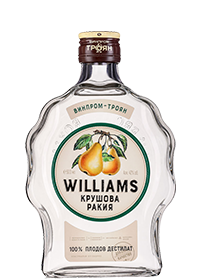 In this section of my 166 Bulgaria travel tips, I’ll provide you with useful information on how to manage your health in Bulgaria.

Accommodation in BulgariaHotels, Hostels, and Airbnb

Bulgaria has relatively cheap accommodation, compared to Western standards. But that doesn’t mean the quality is worse, by any means.

There aren’t many countries that have both golden sandy beaches and jaw-dropping mountains within an hour of each other. Due to that and the fact that new airline routes are opening every month, tourists have been flocking to Bulgaria to benefit from this powerful combo.

And where there are tourists, hotels follow. New accommodation is mushrooming to keep up with the rising demand.

Bulgaria boasts an extensive base of 16,000+ hotels. From unpretentious 1- and 2-star hotels through decent 3-star family hotels to the grand 4- and 5-star beach and mountain resorts, rest assured you’ll be able to find yourself a spot to your liking. 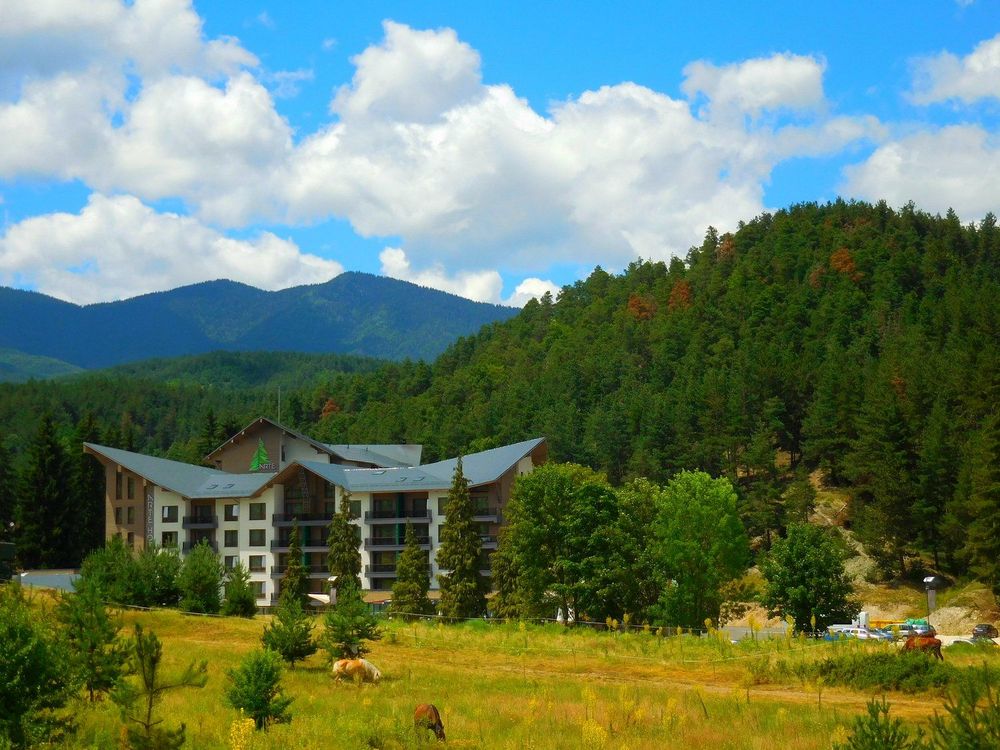 *All hotel prices are according to research on Agoda, Booking, and Expedia.

Hostels and Other Accommodation Options

Sofia and Plovdiv boast dozens of hostel options, but most smaller cities and towns will have little to none. Thus, either look for a guest house or an Airbnb.

“If your budget is mid-range, try to stay in 3-star hotels. Three stars are the level of amenities, not a reflection of quality. For an idea of quality, read the reviews on TripAdvisor and Booking.com. You’ll get a bang for your buck like you won’t believe. Stay only in hotels that include breakfast: those breakfasts are enormous, super-generous, and will keep you full until dinner. The service is usually excellent and you feel really cared about.”

The Top Bulgarian Cities to Visit

Disclaimer: To facilitate your travel plans for Bulgaria, I’ve included a recommended tour for you after each place. This is an affiliate link, which means I receive a small commission when you book a tour – at NO extra cost for you.

Other Must-Visit Spots in Bulgaria

If you’re spending more than a week in Bulgaria, and I strongly suggest you do, here are some more ideas for places that will blow your mind.

“Nestled in the mountains about 3 hours from Sofia by bus is the small town of Bansko. Popular among digital nomads for its lively coworking community, you can ski and snowboard in the winter, and go hiking in the summer. There are several hot springs nearby, and the traditional restaurants will surely make tourists fall in love with Bulgarian cuisine, if they haven’t already. ”

Among the many things Bulgarians are famous for is the fact that we love having fun. The enormous variety of entertainment venues in the country proves that. 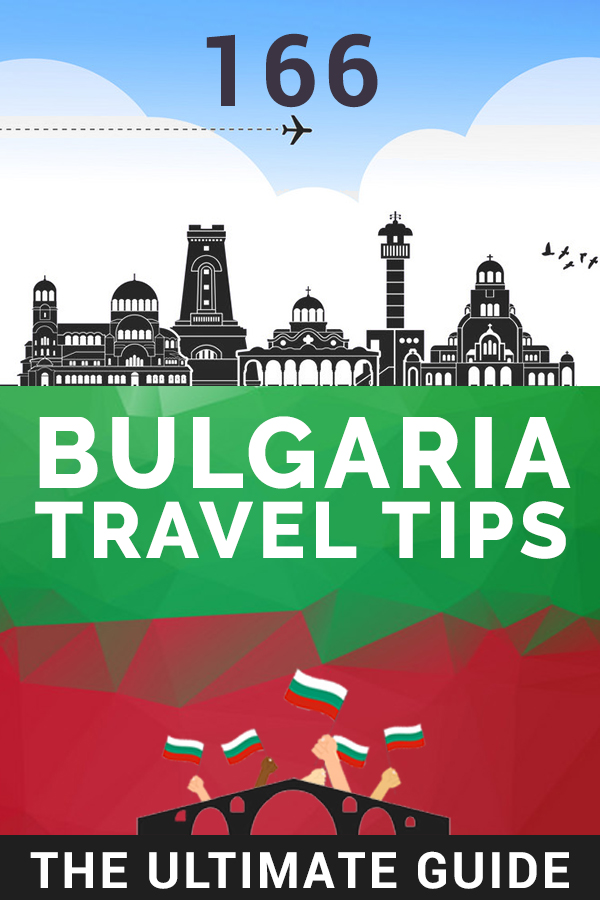 TransportationEverything You Need to Know about Travelling in Bulgaria

Contrary to most of Western Europe, trains are cheaper or as cheap as buses in Bulgaria. This section will tell you more about how to travel in Bulgaria.

“If you are going to travel around the country, rent a car. Trains are slow, and unless you are super-extroverted, the camaraderie that develops on them can get old fast. The main roads are not as bad as Bulgarians complain; they are just very narrow. A main highway can be only two lanes each way at its widest. Passing on the left by going into the oncoming traffic lane is legal except where the signs prohibit it to avoid collision on hairpin turns. There are some potholes and patches, but nothing worse than Northern New Jersey. ”

The Best Bulgarian Festivals and When to Visit

If you’re a festival goer, you’re up for a feast. The calendar is full of them! Some are so peculiar, you’re not gonna believe what your eyes are seeing. I’ve arranged them chronologically. Let’s dive right in.

Note: There are some traditions mentioned, too.

Religion has played a significant role in the history of Bulgaria. Although it has one predominant religion, there are several other that peacefully coexist in the country. Let’s see.

Insider tip: The entrance is free on Mondays after 3 PM.

The Top 10 Monasteries in Bulgaria

Bulgaria’s monasteries are quiet and mystical, yet full of life. This list is my personal selection.

Other Peculiar Facts About Bulgaria

When to Visit Bulgaria

Depending on your preference, Bulgaria can be attractive all year round. This section tells you what’s hot in every season.

Booking.com
“For travellers interested in nature and history, visit Bulgaria around October. During this time, the weather is still relatively warm – 10-20 C (50-70 F), but be sure to bring a light jacket as mornings can be chilly. The fall colours of Bulgarian forests are splendid, and they are a must-see when visiting Tatul, Perperikon, or Buzludzha, where you’ll have a panoramic view of the mountains. On fall mornings in Bulgaria, the countryside is often covered with a stunning heavy mist. If you’re visiting ancient or mediaeval sites, such as the capital of the First Bulgarian Empire at Pliska village, the mist gives the ruins a mysterious feeling. Finally, if you visit popular coastal destinations, such as Nessebar and Sozopol in October, you’ll completely avoid the summer crowds. When in Nessebar, ask at the Archaeological Museum, and a staff member might be available to give you a private tour of the Old Town’s many churches. ”

Why You Should Visit Bulgaria

There are so many reasons to visit Bulgaria that if I have to put them in an article, it’ll be thiiiiis long. Wait, you’re already reading it 😉 So, to end this guide of 166 Bulgaria travel tips, here are some more:

“Bulgaria is a small country, often not even considered as a possible holiday destination. That said, you have a great chance to shock all your friends and family, announcing your intentions to jet off to there. From gorgeous mountain hikes, golden sun-kissed beaches, lip-smacking dishes, and one of a kind cultural experience, Bulgaria has it all and beyond. Rose picking and bagpipes festivals, evil spirits warding, and celebrating the Day of the Wine instead of St Valentine’s Day is only a fraction of the activities you can immerse yourself in if you opt to visit Bulgaria. Plus, this is a country where people dance in ice-cold waters and walk on burning coals. Now, imagine your friends’ baffled looks as they ask: “You’ve been where?!”. ”

Bulgaria abounds in history and culture, and it has been attracting a growing number of tourists, digital nomads, and adventure-craving explorers.

The country boasts a unique combination of breathtaking mountains and a drop-dead gorgeous seaside. If you add the fact that all this comes at reasonable prices and good service, the question isn’t which of the innumerable spots to visit but rather – which first?

Which tip did you enjoy the most?

Do you want to visit Bulgaria after reading my guide?

Or maybe you’ve already been to Bulgaria before.

Either way, let me know by shooting a quick comment below.

Do you think you are ready for Bulgaria? Test your knowledge now:
THE ULTIMATE BULGARIAN QUIZZ